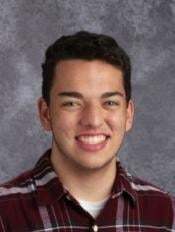 Marion County High School is pleased to announce that Samuel Thompson has officially been recognized as a National Merit Scholar Finalist for 2021.

According to the National Merit Scholarship program, he receives this recognition “by demonstrating through distinguished performance high potential for future academic accomplishment.” This process began during his junior year when Samuel took the PSAT, where his score qualified him to advance in the competition. In early September, Samuel was notified that he was a semi-finalist. This meant that he was one of 16,000 in a competition that began with over 1.5 million applicants. The next step in the application process required an essay, teacher recommendations, and a closer look at Samuel’s academic achievements.

Marion County High School principal, Robby Peterson, received notification this week that Thompson is now a finalist for scholarships to be given in March. This is a rare and wonderful honor, and we are extremely proud of Samuel!