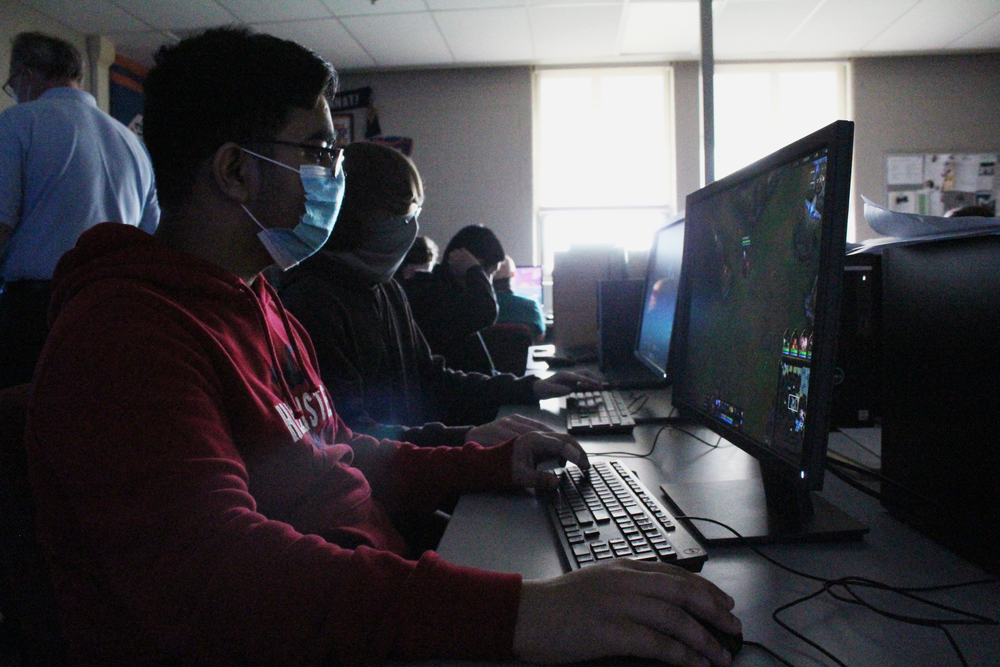 It was a historic late Tuesday afternoon as the Marion County High School eSports team, still in its inaugural season, claimed its first-ever victory. The team defeated Wolfe County in a League of Legends competition.

“Getting this victory was a major breakthrough,” team member Vedant Patel said. “It was a pretty exciting moment.”

Patel, along with teammates Andrew Lupachino, Noe Serrano, PJ Lanham, and Milo Salazar, used the computer lab in Assistant Coach Greg Conley’s classroom at the Marion County Area Technology Center, as they competed remotely with Wolfe County. The team members sat at a central bank of gaming computers while coaches Conley and Head Coach Doug Brown viewed the action on a SmartBoard at the front of the classroom.

While Patel says that he acts as the team captain calling out instructions, the team’s success is still dependent on collaboration.

“I do call out most of the shots on the team, but it’s also team-based where other opinions matter,” he said.

Patel, who was instrumental in getting the program started, added that with the victory, the team is now closer to qualifying for the post-season playoffs.

The team competes weekly on Tuesdays at 4:00 pm.

For more information on the eSports team, contact Brown at doug.brown@marion.kyschools.us. 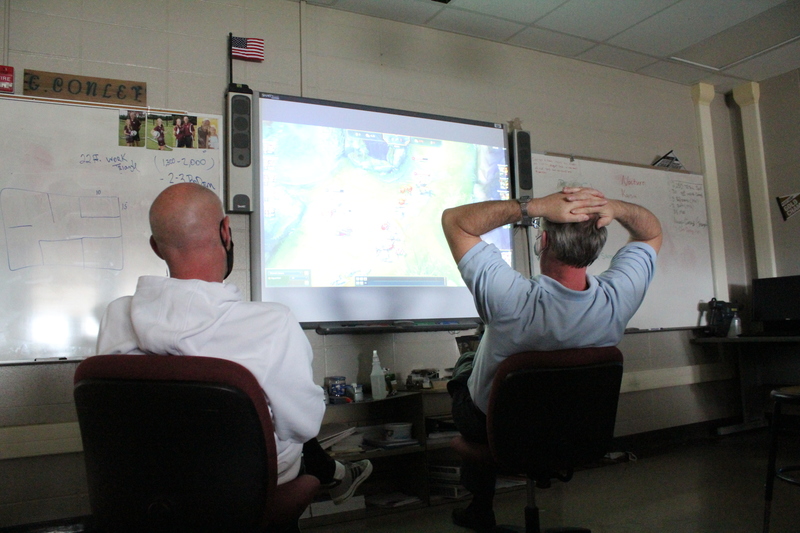