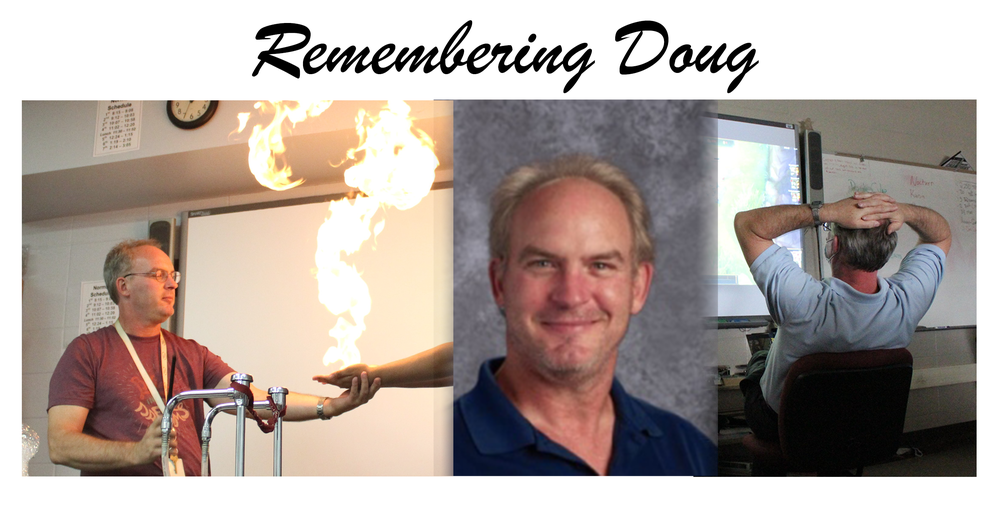 Our hearts in Marion County Public Schools -- and especially those of the Marion County High school family -- are heavy as we recently learned of the passing of MCHS science teacher Doug Brown.

Mr. Brown was known for his intellect, wit, and a uniquely adventurous spirit and outlook on life.

Those who knew him best saw in Mr. Brown a combination of tremendous scientific knowledge and a love for humanity. He was a scientist, a teacher, an adventurer, and a friend.

“Having worked with Doug for many years, I have come to realize that Doug was one I could go to if I needed help with anything school related. He was a great hallway colleague. As I came to know him as an administrator, he was always more than willing to work with students who were struggling and also challenged the more advanced students. I feel he sparked an interest in students with his science experiments and Doug-like sense of humor. He was an interesting person to just sit and chat with. It was never a dull conversation, no matter the topic. He will always be remembered fondly by myself, and the rest of his MCHS family.”

“Doug Brown stands out in my mind as someone who was always level-headed, grounded, and a voice of reason. Despite his own impressive credentials and background, Doug always concerned himself with others and their thoughts and opinions. I looked up to him as a professional, but I also considered him a friend. Once, on a golf trip with some other co-workers, Doug and I shared two days of laughter and 36 holes of bad golf. He had a tremendous sense of humor and an incredible intellect. He always spoke very highly of his brother and other family members.”

“Whether it was a five minute chat between classes or an in-depth lunch conversation, the topic and perspective Doug Brown offered was always wildly unpredictable. Many quirks worked together to make the lovable and unique ‘Dougie.’ A son, a brother, a friend, and a scientist…regardless of his title the same Doug was always present. He was a lover of nature, Golden Tee, and the shared responsibility of the common man.”

“As a teacher, Dougie loved to give the kids a dramatic science show. He was known for catching things on fire, electrocuting pickles and making bottle rockets explode in the hallway. On those days he would always come by our rooms and give us a warning so that way we knew what to expect.

“I’ll always remember being his sidekick for thermite reactions. He wasn’t afraid of the reaction but I was terrified so we would combine our classes for the demonstration outside. He’d put on his lab coat, welding face shield, armed with a blowtorch and off we’d go. The reaction of rust and aluminum produced a great light show and molten iron. It was a fantastic reaction for the students and Doug took great pride in demonstrating these exciting reactions for kids. It was in these moments we got to share our excitement for chemistry together.”