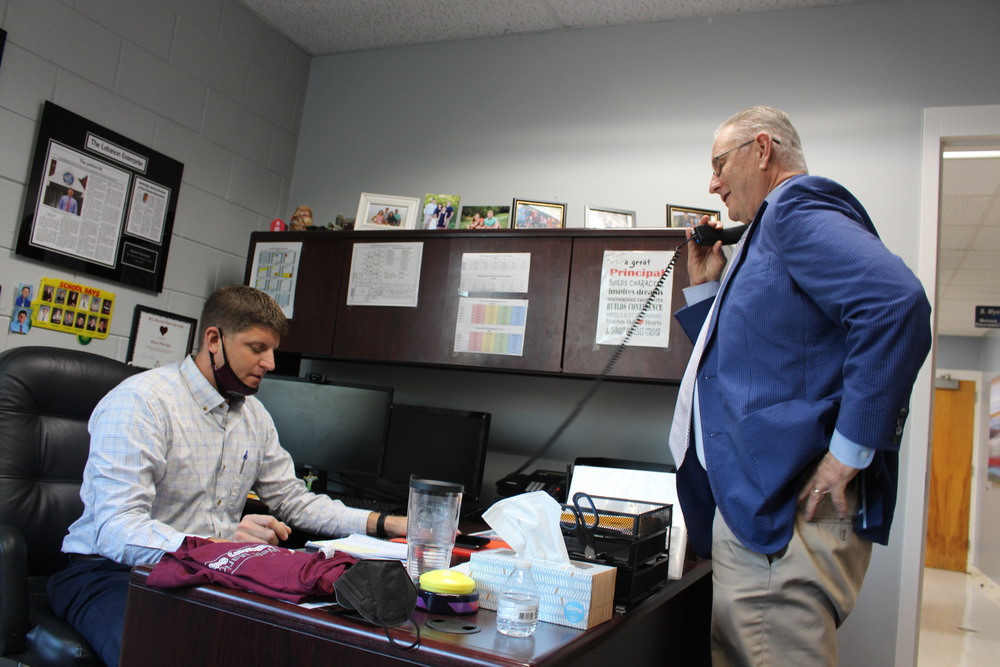 Kentucky state senator Jimmy Higdon spent a part of the day Wednesday, September 30 at West Marion Elementary School as a part of the Principal for a Day program.

“[This program] gets us into the school building to see from the principal’s eyes what goes on in a day’s time. I’m already impressed,” Higdon said. “I didn’t realize there was this much that went into running a school and I didn’t realize how early school started.”

Higdon greeted students as they arrived at school and led the school in the saying of the pledge of allegiance before visiting classrooms along with WMES Principal Daniel Mattingly.

“For years I participated in Legislators in Schools and went every year to my elementary schools to speak with fifth graders about our form of government,” Higdon said. “And it was really great to be in the schools to understand when an issue came up about facilities. Just simply being in the building gave you a better understanding of what we were discussing [...] And it’s easy to see the dedication of the teachers and the staff.”

The Principal for a Day program is promoted by the Kentucky Association of School Administrators (KASA), and Mattingly arranged the visit after hearing about the program at the KASA conference.

“When I heard this program mentioned at the KASA conference, I said ‘I know just the guy I want to ask,’” Mattingly said.

Higdon concluded his stay by touring the school, speaking to classes, and fielding questions from students. 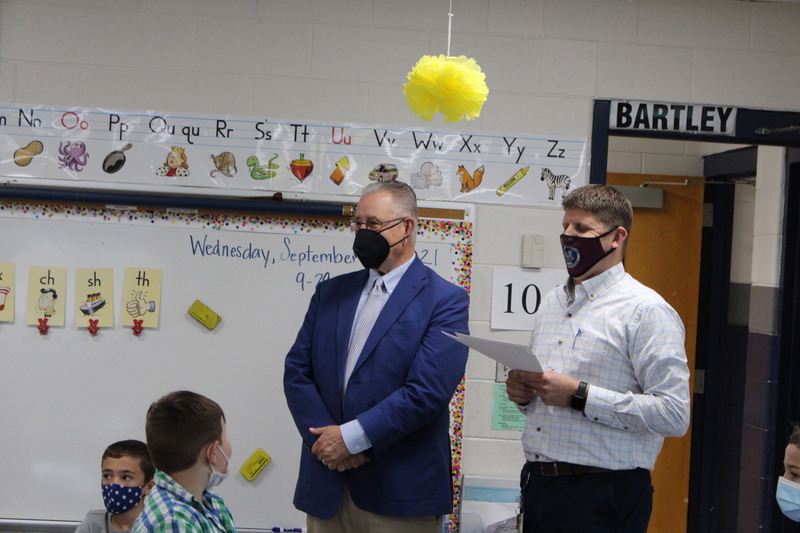