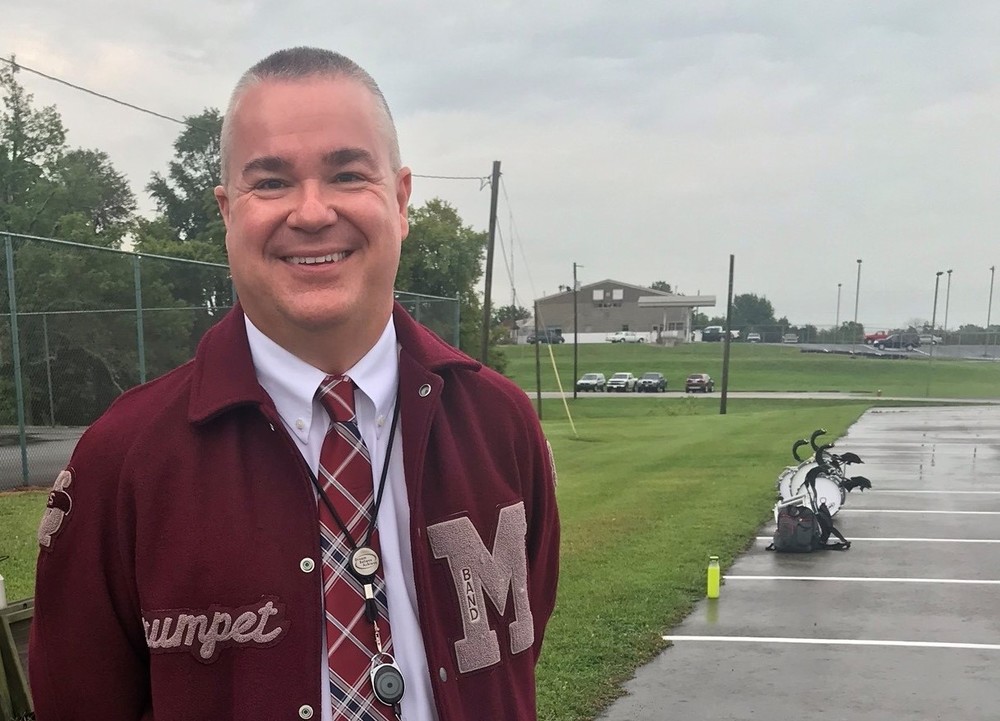 According to MCPS Director of Bands Daniel Beams, the award is given to an administrator “who has consistently supported music education in his district.”

For Benningfield, the honor is especially meaningful because of his strong relationship with music education.

“I was very humbled and honored,” Benningfield said. “I’ve been blessed in my career as a teacher to win several awards from time to time and I’ll tell you that will be one that I’m probably going to be the most proud of.”

Benningfield, a former trumpet player, noted that music education was especially important during his time as a student.

“My school experience -- certainly by the time I was a secondary student -- centered on the arts program that Marion County Public Schools had for me,” Benningfield said. “It was a big part of my life; it was my favorite extracurricular activity [...] Many of my greatest school memories are from time spent with that group and in that program.”

Benningfield, who at one point considered becoming a band director himself, also said he sees the importance of music education as extending well beyond merely learning to play an instrument.

“I think the value of that program is very much like other extracurricular programs we have in the district. That’s why we always say it’s so important to have that thing that students look forward to outside of required core content. Band is a great example of one that teaches you so much more about life than just how to play an instrument. It’s all about teamwork, setting goals, working on something that’s bigger than you.”

Benningfield also noted that while he’s proud of the music program’s past successes, he’s especially excited about the future of music education in Marion County Public Schools.

“Both our vocal and instrumental programs have a wonderful past of accolades and even state championships, and I’m so excited about the efforts our teachers are making,” Benninfield said. “We have a very strong elementary music program that I would put up against anyone. It has remained solid for many years. And I’m also excited about what’s going on at the secondary level. The band program at the high school continues to grow and grow, and one of my dreams would be to have a huge marching band one day, and it’s certainly very possible.”