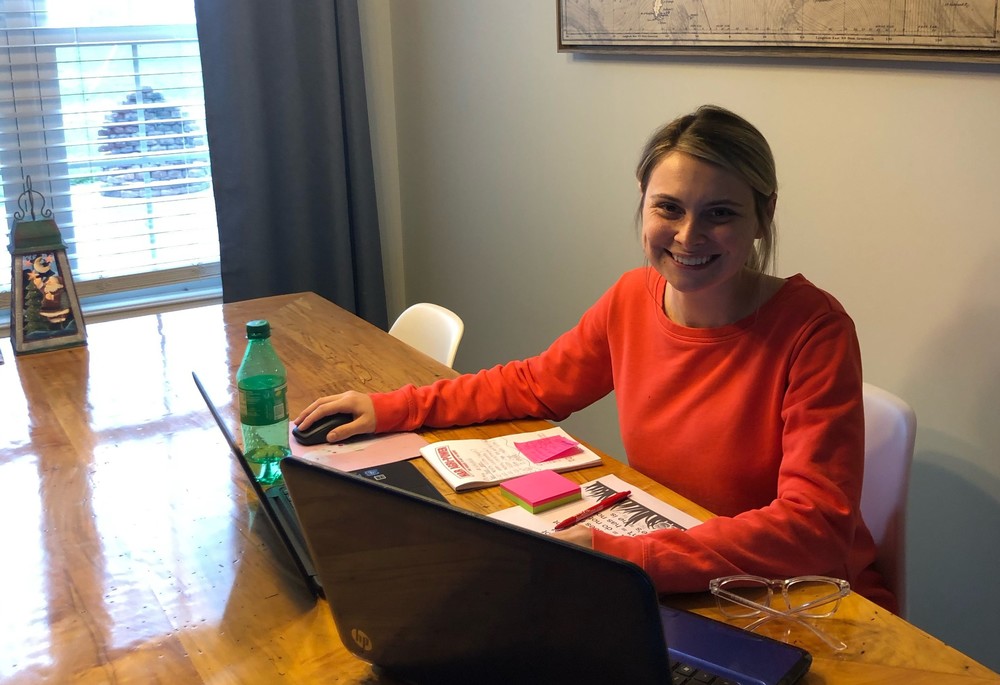 This is the first in a series of feature stories about how MCPS teachers have adapted to Distance-Learning.

For Glasscock Elementary second-grade teacher Josie Brockman, the current school year has been divided into two chapters: the beginning of the school year when navigating Distance-Learning was a struggle, and the current chapter where teachers and students have adapted to circumstance, with some surprising results.

“I see these life skills coming out of these kids,” Brockman, now in her fifth year of teaching, said. “[Students] are logging into meetings independently and they’re adapting to this foreign school world they’ve never been exposed to before. And families are more involved. It’s been really inspiring lately in this chapter because we’re all doing the best we can.”

Of course, when school in Marion County began the year on Distance-Learning, there were plenty of obstacles, not the least of which was trying to get to know a classroom of students while communicating online.

On top of that was the issue of getting students acclimated to new types of learning.

“In the beginning it was like how do we learn these programs? How do we remember all these passwords? How do we get kids to understand a computer?” Brockman admits. “Everyone was just so overwhelmed with everything being so new.”

There were also constant adjustments based on feedback from parents, students, and other teachers, which added to the difficulty.

However, during the stint when MCPS was open to in-person learning, Brockman says she and her colleagues were able to train students to use the tools required for Distance-Learning, which paid dividends once the district moved back to Distance-Learning for all students.

“They now know everything that’s expected of them on their Chromebooks. They know how to turn in work, they know the routine, they know their expectations,” she said.

And with those fundamentals in place, Brockman says she’s now able to focus on creating meaningful learning experiences, even though class takes place via video chat.

“It’s almost like I’m putting on a TV show every day,” Brockman said, as she finds ways to keep students engaged. “I’m singing and dancing and trying to keep their attention [...] by the end of any lesson I teach online, I’m out of breath!

“I really am trying to make learning as exciting as it can be in the classroom.”

Brockman acknowledges that it’s more difficult to keep students engaged than when teaching in-person because of the types of distractions they might have at home. And there’s also a subtle difference with the classroom dynamic.

Nevertheless, Brockman has found ways to recreate that sense of community even as the students are physically apart.

“When they log on, we listen to a song, we are dancing together and they’re giggling with each other.”

Her students also do a daily check-in where they send her messages, which can then become an opportunity to create a sense of community. Brockman has even noticed that some students are more apt to play along in a virtual format.

“There definitely is still a sense of community. We’re trying to keep those connections,” she said. “It’s almost like we’re a family now.”

She also notes that she’s been forced to become more creative in the way she designs lessons and thinks about delivering content, with her guiding principle being to make class more fun.

“I’ve had to challenge myself to be way more creative in the planning process than I ever had before,” Brockman said.

That includes finding ways to keep students engaged such as telling students “Shake your shoulders if you’re ready to move on” or making sure lessons are accessible and easy-to-follow for families who may have to log-on in the evenings.

“Making things fun has been the priority and that’s really made me more creative,” she said.

And while it can be a challenge to make her online interactions as fun as they would be in-person, Brockman says this unique school year has led to her knowing her students and their families more so than ever before.

“I even know every pet’s name and what every pet looks like.”

So although the school year is still long from over, Brockman wants parents to know that MCPS teachers are doing all they can to make sure the final chapter is a successful one.

“We’re doing the best we can for your child,” she said.