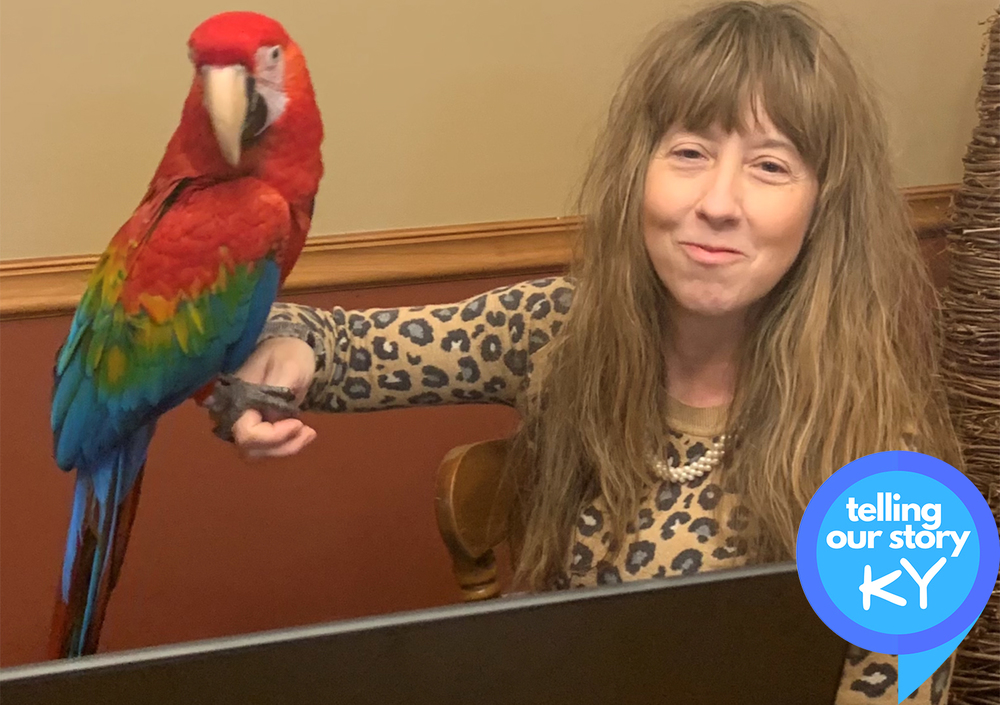 For Lebanon Elementary School teacher Ann Fletcher, making sure students take ownership of their learning has always been an important part of her teaching. In a year dominated by extended stretches of Distance-Learning, it’s easy to imagine students not having those same types of opportunities they would normally have in the classroom. But as Fletcher explains, her students have still had many of the same empowering experiences even in an online setting.

“They have so much ownership in that classroom -- even online,” Fletcher said. “I’m much more of a facilitator rather than telling them to do this or do that. And I’m still covering my content.”

At times, the ideas for student ownership come precisely as a result of students learning from home.

For example, during one live video session earlier this school year, a student began talking about Legos Fletcher explained, “and suddenly everyone wants to get out their Legos,” which, of course, they had access to at home.

“That helped me create this higher level thinking unit on Legos,” Fletcher explained. That unit included a virtual field trip to the Lego House in Denmark, a museum of sorts dedicated to the building block toy.

Fletcher was also able to continue having student-led conferences in an online environment. These conferences, where students take the lead in explaining their academic growth to parents, are an important part of the Leader-in-Me program to develop student leadership skills.

“[The student-led conferences] were so powerful,” Fletcher said. “The student’s mom and dad are on the screen, and the kid is on the screen presenting. They created Google docs with all kinds of information they were able to share. It was so rewarding to see that.”

Although MCPS is currently operating under a In-Person hybrid plan, during the weeks that the district was exclusively using Distance-Learning, maintaining those opportunities for student ownership proved incredibly important. That includes finding ways for students to help their peers, even when they aren’t in the same room.

“We’ve done a lot of peer tutoring online,” Fletcher explained. “I like to teach students how to do something and then empower them to teach someone else. So that’s been really good. I’ll do my lesson and when someone needs help, I’ll have a student share their screen and have the student teach it.

“That’s what I love about teaching -- I love empowering them where they can help someone else [...] They really are taking a lot of ownership.”

Of course, that’s not to say Distance-Learning hasn’t come with its challenges as well, which is why Fletcher says she’s sought ways to keep her students engaged even when learning from a distance.

“My first priority has been their social and emotional well-being,” she said. “I try to make it just so positive and I try not to take myself too seriously with it. We’re all in the same boat [...] It’s all been brand new for me as a teacher and it’s brand new for them, too.”

To that end, Fletcher says she’ll many times start class with a song or dance.

“I’m a big believer in finding something positive in the day,” she said.

She also gets help from her two pet macaws -- Petey and Diamond -- who will join her for some of her live video sessions.

“They’re really into those birds,” she said with a laugh.

And while Fletcher admits she’s had to be somewhat more flexible in her approach to replicate the successful elements of In-Person learning when teaching online, she also acknowledges the importance of encouragement from her colleagues.

“Everyone at the school is so supportive and works together so well,” she said. “My principal is open to trying new things and seeing what works. It makes it nice to have a supportive staff like that.”