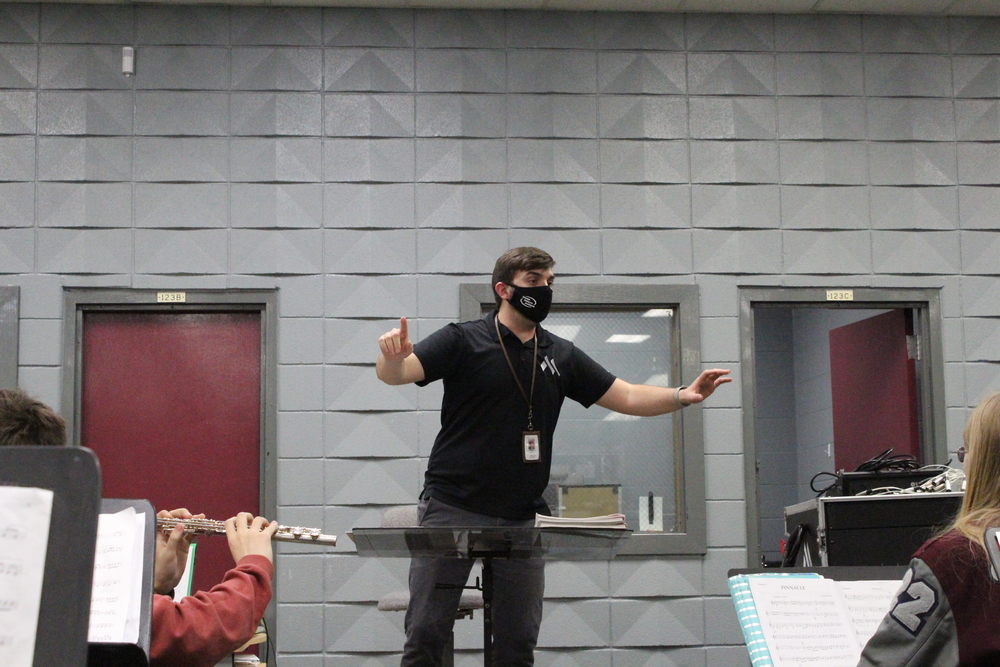 'Family is really what band is about': Beams encouraging students to join MCPS band program

MCPS music educator and band director Daniel Beams is hoping to find the next generation of MCPS band members -- while they’re still in elementary school.

“Sixth-grade band is one of those things that, once you choose it, you fall in love with it for the rest of your life,” Beams said. “It’s a great experience.”

Most years, Beams says that he recruits students to join the sixth grade band class by visiting elementary schools. That’s not been as feasible given restrictions related to COVID-19.

Instead, he’s set up Zoom meetings with prospective students and included current high school members of the band program so they could discuss their experiences.

“One of the biggest things I’m seeing from my [high school] students is ‘family’ -- you really have this sense of family in band,” Beams said. “Family is really what band is about.”

According to Beams, that sense of family many times begins in the sixth grade, adding that nearly all of the high school band members got their start as sixth-graders.

A successful band program at the middle school is “integral,” Beams said. “It’s one of the key components actually because that’s where they actually get their start and that’s where they foster their love and learning of music.”

For many students, it may be the first time they’ve attempted to learn an instrument, which Beams says is completely fine.

Teaching young people how to play an instrument is “the purpose of the class,” he said. However, getting an early start is especially important  because it can be difficult to catch up later on.

While being a member of the high school band often includes practices or other obligations that extend outside of the normal school day, Beams says that, for the most part, the sixth-grade band is contained within the school day.

The sixth-grade band does put on concerts throughout the school year, which could call for an occasional after-school practice, but being a part of the band doesn’t interfere with other activities such as being a member of an athletic team.

For Beams, his favorite part of working with sixth-grade students is seeing the amount of progress they make throughout the year.

“Students go from not knowing how to put an instrument together to putting on an entire concert,” he said. “That’s one of those hands-on, project-based learning experiences that’s clearly evident in the student. That’s my favorite thing -- watching the student grow.”

And for students looking for an activity to be a part of, he’s quick to note that band provides the opportunity for everyone to participate:

“Nobody sits the bench in band. We’re dependent on every single person.”

As for purchasing an instrument, Beams said that most students participate in a rent-to-own program, although there are some school-owned instruments and students are never denied access to the class due to financial reasons.

Students interested in joining the sixth-grade band should contact Beams by email at daniel.beams@marion.kyschools.us or reach out to Marion County Middle School.