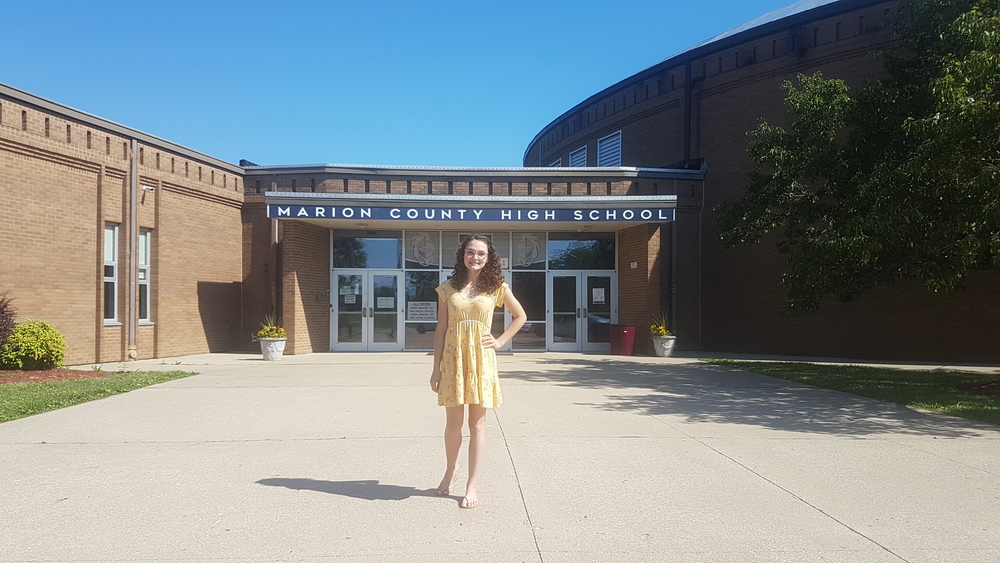 Over the years, Marion County Public Schools has had several students apply and be accepted to either Gatton Academy or Craft Academy -- both residential STEM programs for high-achieving high school juniors and seniors -- leaving them to decide whether to finish high school in Marion County or leave home for their final two years of high school. However, rising junior Ericka Hoppes had a slightly different decision to make: Which of the two prestigious academies to attend.

“I told my mom that it would be nerve-wracking being away for two years, but I think I would be okay because the college experience was my ultimate goal,” Hoppes said of her decision to apply. “And to challenge myself.”

Ultimately, she chose Gatton Academy for her final two years of high school.

According to its website, “The goal of The Gatton Academy is to enable Kentucky’s exceptional young scientists and mathematicians to learn in an environment that offers advanced educational opportunities, preparing them for leadership roles in Kentucky.”

Hoppes first learned of the opportunity to apply to the programs through a link posted on the high school’s Google classroom.

“One teacher who was especially helpful was Mr. Reinle,” Hoppes explained. “He helped me with the test I had to take for Gatton, and he gave me a lot of notes and he was really, really helpful in helping me get into Gatton.”

All told, Hoppes wrote nine separate essays as she completed applications for both schools.

She applied to both programs in late March and was told that applicants would be informed on March 31.

“They told us before not to check your email all day because it would come later in the day -- not me,” Hoppes said with a laugh. “I was sitting there all day checking my email.”

Eventually she learned she had been accepted to both schools.

Hoppes says she chose to attend Gatton in large part because she had visited the campus in person, whereas her interaction with the staff at the Craft Academy had been solely online.

“I feel like that’s what drew me to it the most -- the campus. It was very up-to-date,” she said. “Visiting helped a lot with that decision.”

Like many students who attend one of the residential programs, this will be her first extended stay away from home.

“It’s definitely going to take some getting used to,” Hoppes said. “I’ve never not wanted to live with my family, so it will be tough, but I’m excited.”

While her living arrangement may take some getting used to, having high academic expectations won’t.

“My best academic accomplishment would be keeping straight A’s, keeping that 4.0 GPA throughout my whole educational experience,” she said, adding that her strongest subjects are those related to STEM (Science, Technology, Engineering, and Math).

Hoppes has already taken several dual-credit courses at MCHS, which she said she preferred because of the academic challenge.

As all classes at Gatton also count as college courses, Hoppes expects to finish her high school career with over 60 college credits.

And while the academic component is what first drew her to the program, Hoppes says she’s also hoping the experience will help her grow in other ways.

“Other than academics I hope it enhances social interaction,” she said. “Marion County High School is great about everyone talking and being friends. But I feel like Gatton will have enhanced diversity, because there will be people from all over Kentucky there. The diversity will be great.”

As for her plans beyond high school and college, Hoppes says she’s not completely decided but feels confident it will involve a STEM-related career field.