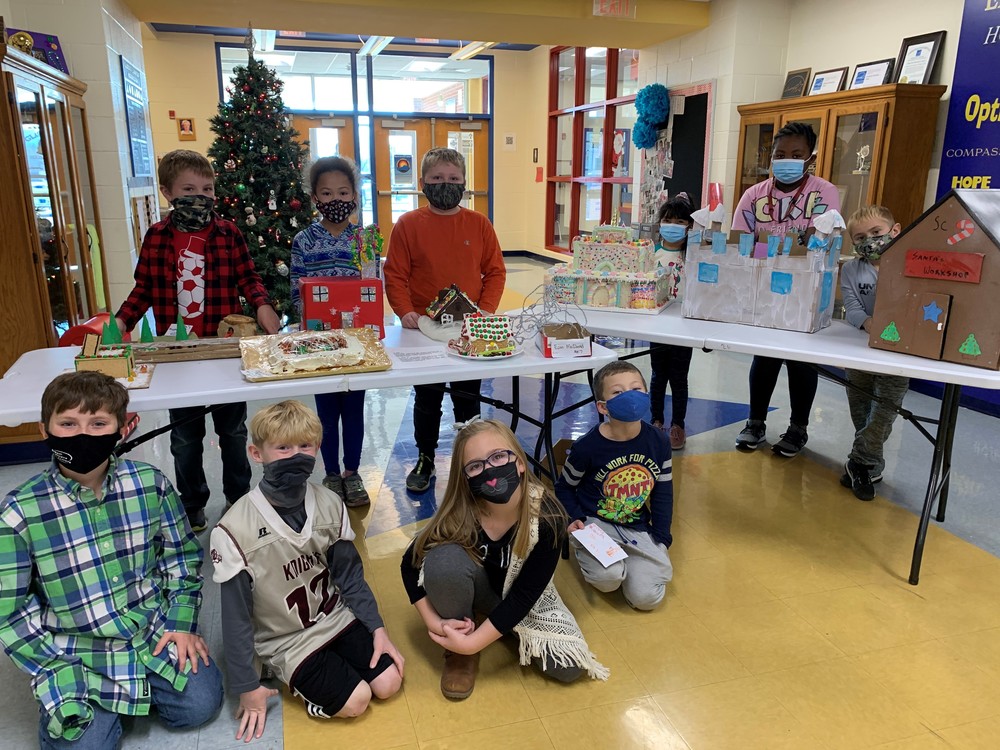 Glasscock Elementary students get a holiday-flavored lesson in engineering

Second-graders at Glasscock Elementary School recently got a dose of holiday cheer mixed with some engineering academic standards in the form of a gingerbread house building project during Mrs. Angela Burke’s science class.

Students were tasked with designing and building a structure out of a combination of edible items including vanilla wafers, crackers, marshmallows, candy, cereal, and even powdered sugar mixed with water to create an adhesive. They also had the option of completing an at-home project with materials of their own choosing.

“They’re so creative -- I love seeing the creativity in this project,” Burke said.

That creativity played out in surprising ways as students didn’t always just opt to construct a house. Burke said some created gyms, tents, pyramids, hunting blinds, and even a flying motorcycle.

As for the at-home projects, which came with more freedom in terms of materials at the students’ disposal, many of them were grander in scale than the in-class projects. More importantly, Burke said this year she saw more at-home participation.

While the project was in some ways a holiday treat for her students, Burke is also quick to point out that it also has strong ties to the Next Generation Science Standards dealing with structures and properties.

For example, standard 2-PS1-1 says students should demonstrate understanding as they “Plan and conduct an investigation to describe and classify different kinds of materials by their observable properties.”

able to use more sophisticated words to describe textures of the properties such as “sticky,” “rigid” or “bumpy”.

The trial-and-error aspect of the project also served as a lesson in perseverance.

For example, while attempting to build a stadium, one student realized the difficulty in getting enough material to stand upright. So instead, he decided to hollow out a cake to create the desired outcome.

“It’s really nice to see the children work through that process and say, ‘Okay that didn't work -- let me try again, let me solve this problem, let me fix it and see what I can get to work,’” she said. 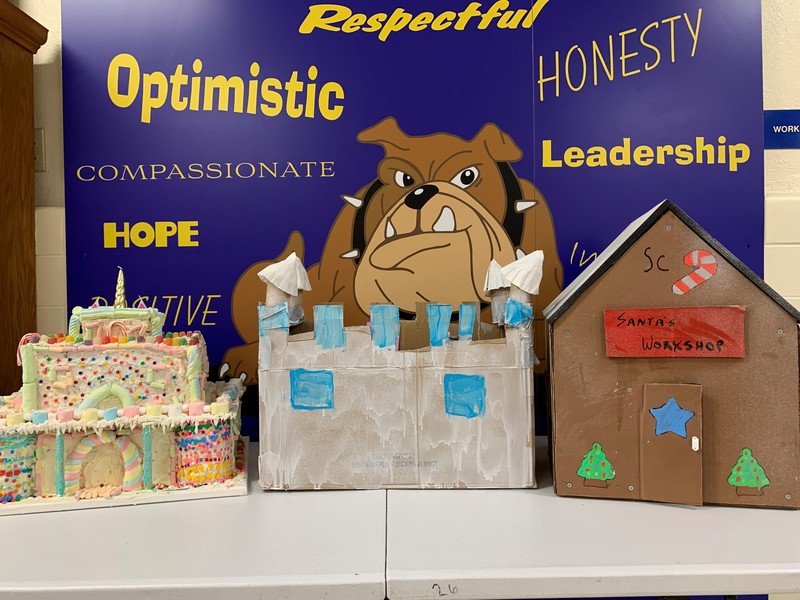 “And it’s really good to see them challenge themselves and stick with it and not find the right answer but to find a good answer, a workable answer.”

Despite those frustrations, Burke says students thoroughly enjoy the project.

“They absolutely love it,” she said. “They draw out the design, so it’s very personal how they want to engineer and design it. It’s interesting to see them work through the frustration because it is ridiculously hard to get graham crackers to stand up on its edge sometimes.”

Before students took off with their projects, some were even put on display in the school’s foyer.

This is just one of the engineering projects GES students will compete throughout the school year in Burke’s class. The same week, her fourth-grade students were working on an activity called “Holiday Heist” where students constructed a Rube Goldberg-style project in order to capture a character of their choosing. 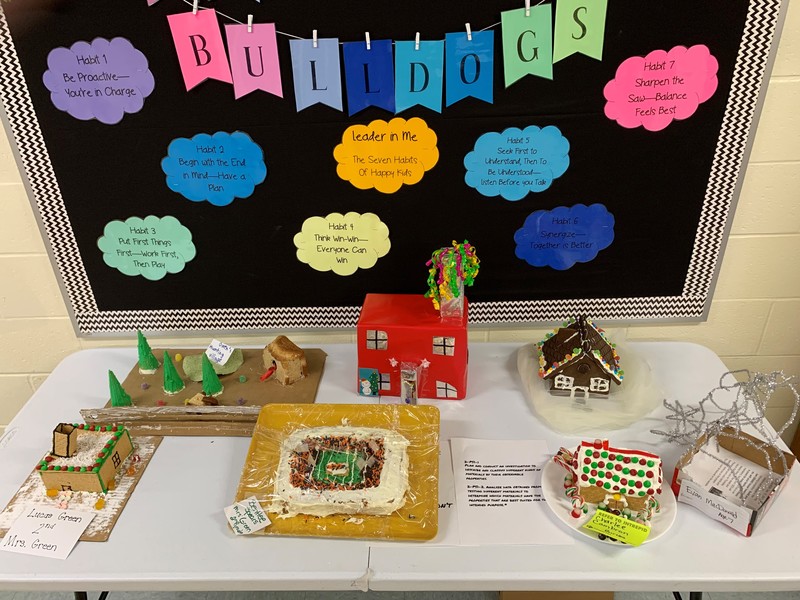